Both eating less and exercising more have consistently been proven to FAIL for more than 95% of the population. 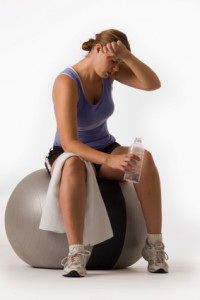 This abysmal track record is because starvation and “stairsteppers” are rooted in calorie myths that tell us that if we can force ourselves into a state of “caloric deficit” (aka we burn off more calories than we take in), we will burn fat.

If that’s true, why does any individual with excess fat on their body ever feel hungry?

According to calorie myths, even if an overweight individual did not eat any calories, they would not be in a state of caloric deficit as they are still surrounded (literally) by calories. Sure, the calories are stored on their hips versus passing through their lips, but the fact is, calories are available, so why would an over-fat individual ever be hungry?

Weight regulation is about so much more than the quantity of calories we take in or exercise off!

Hint: Think hormones NOT calories. Over-fat individuals get hungry while carrying around hundreds of thousands of calories for the same reason eating less and exercising more almost always fails…it’s not about calories!

In each of the following studies, all participants ate precisely the same number of calories (these are called isocaloric studies), but one group was eating more hormonally helpful foods than the others:

You and I continue to be as hungry as we’ve ever been, despite having plenty of calories already in our body because low-quality calories (starchy, sugary, processed edible products) make our brain, gut, and hormones “believe” we need to store more fat on our body than we really need to.

This is called an elevated “set-point weight,” or hormonal dysregulation. Why else would our body continue to tell us to eat more—aka “you don’t have enough fuel”—when we in fact already have too much?

Every single scientific study that has ever tracked calories and weight gain has proven conventional calorie math wrong.

And so does common sense. No one outside of the scientific community knew what a calorie was (let alone counted them) prior to the obesity and diabetes epidemics, so how could counting calories be required for long term fitness and health?

Fortunately, the last forty years of metabolic research has given us an infinitely more effective and empowering approach: eat more, exercise less—smarter. By eating more (but higher-quality) foods, and doing less (but smarter/more intense) exercise, you can make your brain, gut, and hormones, believe that you should have less fat on your body, and they will work to keep you slim just as reliably as they are now working to keep you struggling.

For more science to free your mind from calorie myths while transforming your life forever  – and for a plethora of additional bonuses – pre-order my new book The Calorie Myth. 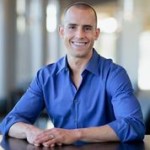 Jonathan Bailor
Jonathan Bailor is a nutrition and exercise researcher and a former personal trainer who specializes in using high-quality food and exercise to simplify health and fitness. He has registered more than twenty-five patents, started three companies, and his work is endorsed by top doctors at The Harvard Medical School, Johns Hopkins, UCLA, and more. Bailor serves as a senior program manager at Microsoft, hosts the popular syndicated radio show The Smarter Science of Slim, blogs for the Huffington Post, and consults for organizations around the world. A summa cum laude and Phi Beta Kappa graduate of DePauw University, Bailor lives outside Seattle with his wife, Angela. Learn more at TheCalorieMythBook.com.

Hormone Expert for Women
I show you how to balance your hormones with science-based protocols
Links to Books, Blogs, Videos ⬇️⬇️

Not many of us can resist the BOGO deal. It's the

Got my medicine by hanging out with my friend Mery

In the previous Basic Insulin Pathway post, I desc

INSULIN: When you have a basic idea of how insulin

My clinical experience has taught me that resettin