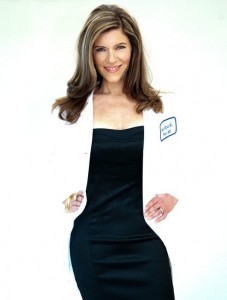 Is it safe to eat genetically modified foods?

What about if you eat the meat of an animal raised on genetically-modified food?

At this point, the scientific community is still gathering data but my hunch is that GMs are not good for your body, and we need to apply the precautionary principle. Here’s why….

GMO refers to Genetically Modified Organisms and the term applies to crops that have been genetically engineered for a desired trait, such as insect resistance, starch content, ripening, or resistance to herbicides, viruses, or fungus.

These traits change the genetic makeup, the nutritional value, and even the presence of helpful bacteria in the food that we eat every day. While we’re still learning how these new foods affect our health, there are some definite red flags starting to surface.

How long have we been exposed?

In 1994 the FDA approved the the first GE food, the “Flavr Savr” tomato, for consumption. Since then, GE corn, soy, canola, potato, squash, tomato and cotton have hit the market and the amount of GE crops has been steadily increasing ever since. Most commonly, the genes are altered to render the plant resistant to either insects or herbicides.

After introducing Round Up (a broad-spectrum herbicide developed by Monsanto and used to kill weeds that threaten commercial crops) in the 1970s , Monsanto quickly introduced Round Up-Ready seeds; crops that are resistant to the main ingredient in Round Up that kills off pests. Round Up and Round Up-ready crops currently represent 90% of the soybeans and 70% of the corn and cotton on the market.

Most of the data is in animals. What do we know?

Glyphosate, the main ingredient in Round Up, kills beneficial bacteria in poultry and cattle, which is eventually passed on to consumers (us). Your bacteria are everything; in fact, you’re only 10% human. Roughly 90% of the genetic data in your body are from the microbial species within it. That means that what you ingest plays a huge role in determining your health and ability to derive nutrition from your food.

Your microbiota are the hundreds of microbial species that live within you, while your microbiome refers to their collective genes. This internal ecosystem living on your skin tongue, and throughout your gut needs to be kept in balance – enough diversity, and the right mix of microbes – in order to fight disease, digest food, and prevent obesity. What’s frightening is the idea that GE foods are hacking away at this population of valuable gut flora – an issue that is passed on from mother to child.

GE foods contain artificial gene sequences that are unfamiliar to your microbiome. When this “imposter sequence” shows up, your bacteria attack. This leads to chronic inflammation which can be the precursor to many other health issues, including infertility, autism, and leaky gut syndrome.

There have been several studies performed on animals that show a strong link between fertility issues and a diet of GE food. Altered sperm, a change in testicular color, a dramatic increase in the number of miscarriages, and fewer and smaller babies born to animals have scientists and doctors concerned about the presence of GE foods in most American’s diets.

A Rise in Autism

Another issue that correlates with the rise in GE food consumption is autism. Some doctors now prescribe organic food as a treatment for the gut issues (constipation, reflux) and anxiety common in children with the disorder. There are parallel behavior patterns and body issues in children with autism and animals with a GMO-based diet, such as anxiety and chronic gut issues. GE foods could also contribute to leaky gut syndrome, which is caused from chronic inflammation of the intestinal lining.

When it comes to GE foods and nearly all manufactured substances, I always recommend using the Precautionary Principle; namely, to look for natural alternatives to products that are full of artificial substances. Yes, it may require a little extra work on your part, but will be well worth it in the long run.

We know that over 90% of Americans are in favor of labeling foods as GMO or non-GMO, yet the California Prop 37 was defeated because Big Food opposed it with a $45 million campaign. Other bills of the same nature have passed in Maine and Connecticut.

1. Check labels. If there are none, ask your grocer to label their products. Tell them you want non-GMO food. The more noise you make, the more they will pay attention. Science proves it: squeaky wheels have the best health!

2. Grow your own food, using seeds that are heirloom or non-GMO.

3. Buy from local growers, either at farmer’s markets or via a CSA delivery that lands right on your doorstep. Most of these groups pride themselves on growing organic products without the use of harmful pesticides (but it never hurts to do a little homework).

4. Boycott Monsanto. Make a statement with how you spend your money, and demonstrate that GE foods are not worth your hard-earned dollars.

5. Stay informed! Read up on new developments regarding GE foods and how they can affect the health of you and your loved ones.

James, Clive (1996). “Global Review of the Field Testing and Commercialization of Transgenic Plants: 1986 to 1995”. The International Service for the Acquisition of Agri-biotech Applications. Retrieved 17 July 2010.

For UK folks and anglophiles, I am in the @dailyma

“I feel like women are stuck. They're stuck betw

Whatever You’re Experiencing Is Your Truth. What