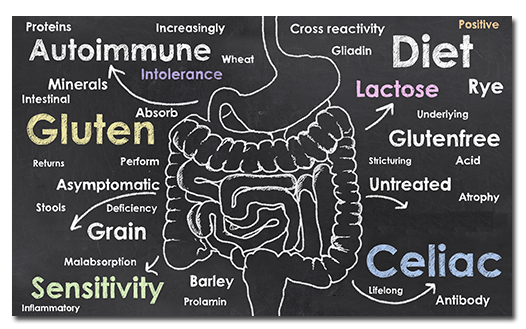 y last post about autoimmune disease, I explained how autoimmunity is a con artist, mimicking a number of different diseases and symptoms in the body. When considered collectively, autoimmune diseases—such as Hashimoto’s thyroiditis, rheumatoid arthritis, lupus, multiple sclerosis, psoriasis, etc.—constitute the most prevalent diseases in the United States. [1] If you’re one of the estimated 50 million Americans living in an autoimmune body, then you’re probably aware of just how serious things can get when your immune system gets overwhelmed and starts attacking your own tissues!

Your Immune System: Friend or Foe?

Western medicine treats autoimmune diseases with immune-suppressing and anti-inflammatory medications, which work by shutting down the immune system. These treatments are more like slapping a cheap Band-Aid on the problem, knowing full well that the solution will only be temporary. Not only that, suppressing your immune system is downright dangerous, like going into battle without any armor or weapons . . . it leaves you vulnerable to attack from a host of other illnesses and infections.

(Dysbiosis is a bigger conversation for another time, as it also cranks up hormone imbalance by causing you to make too many bad estrogens and not enough good estrogens. In other words, it disrupts your estrobolome, or the subset of your microbiome partly in charge of your estrogen levels.) 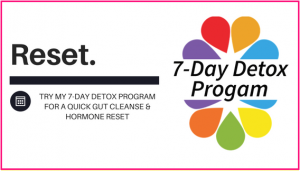 Most people don’t want to think about the fact that at any given moment, there are enough toxins passing through your intestines to kill you if you were to say, develop a big hole in your gut, and the gut contents were able to escape into your body in one fell swoop. This is exactly what’s happening with a leaky gut, only on a much slower scale, through much tinier holes in the intestinal wall.

The latest theory of autoimmunity suggests that a leaky gut (literally, tiny holes in your gut wall) lies at the root of virtually all autoimmune diseases. [2] Here’s how it goes: tiny particles of food, bacteria and other gunk from inside of your intestines can escape through a leaky gut and trigger your immune system to produce inflammation. If the leaky gut never heals, the inflammation becomes ‘chronic’, and can eventually result in tissue damage, otherwise known as autoimmune disease.

As I discussed in my last post, researchers have now identified a chemical (called zonulin) released by the gut wall to naturally moderate its own permeability. [3] Sometimes the body needs to ‘open’ up the gut wall for a brief period of time (i.e. to flush out an infection in the intestines), but most of the time the gut wall should remain ‘closed’ and only selected nutrients should be capable of passing from the gut into the body. However, if too much zonulin is released from the gut wall, the gut wall spends most of it’s time ‘open’, which sets us up for the production of chronic inflammation and disease. Certain things cause a large amount of zonulin to be released from the gut wall and consequently the most potent triggers of a leaky gut are: gluten, grains, other anti-nutrients from foods, and dysbiosis (imbalanced gut bacteria). [2,3] 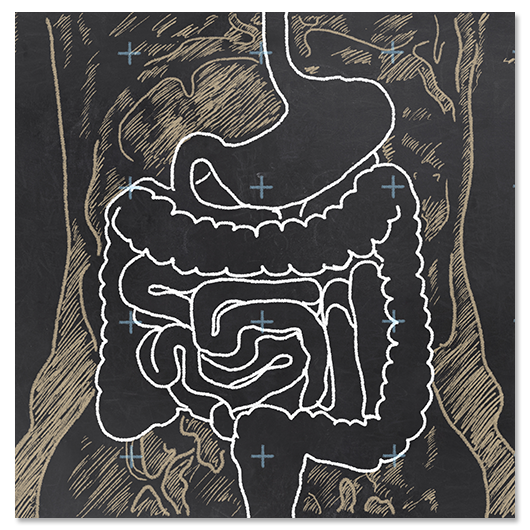 Hippocrates told us some 2000 years ago, that “all disease begins in the gut.” We’ve known since antiquity that in order to overcome many disease states, we need to heal our leaky guts! By sealing up the holes in your gut wall, the immune system can finally take a break and quit producing inflammation. Given a long enough break, the body is able to switch from survival mode into healing mode, and start fixing the tissue damage that was caused by all that chronic inflammation. Once the gut is healed, and the immune system can return to functioning normally again…autoimmune diseases can finally go into remission. Yes, you read that right. By healing your leaky gut and stopping chronic inflammation in its tracks, you may very well be able to heal your autoimmune disease(s) WITHOUT drugs.

So the big question is obviously: how do you heal a leaky gut? That’s what the autoimmune protocol (AIP) diet is all about.

The Autoimmune Protocol (AIP) is a very restrictive diet that removes foods considered to be gut irritants. The AIP is a stricter version of the Paleo diet, which involves the elimination of grains, legumes, dairy, and processed foods. The AIP takes things a step (actually an entire staircase) further, and eliminates many foods which have been shown to potentially irritate and cause holes in the gut lining. The AIP is very difficult for many people to follow, but sometimes it’s temporarily necessary to fully heal a very leaky gut.

While it may feel slightly impossible, the AIP is extremely difficult to follow for an extended period of time. After removing all of those foods, you are pretty much left with animal protein and vegetables. Granted, that’s not a bad thing, but it makes eating out and dining with others extremely challenging!

Here’s the deal: while the AIP may be the best way to combat extreme cases of autoimmunity, not everyone with an autoimmune disease needs to follow it to the dime in order to put their symptoms into remission. I’ve seen many patients do quite well by just removing a few of these foods (particularly grains, legumes, and industrial seed oils). Moreover, there are non-dietary influences that can also trigger a leaky gut, so diet is not the end all solution for everyone!

As it turns out, leaky gut can be caused by a number of factors that aren’t diet-related such as: imbalanced hormones, stress, inadequate or inconsistent sleep, drugs and alcohol, lack of exercise, too much exercise, toxic relationships (on many levels), imbalanced gut bacteria, full moons…ok, maybe not that last one, but you get where I’m going with this. Lots of things can poke holes in your gut. [6]

In my experience, it makes much more sense to address hormonal imbalances first and foremost, as many people improve their autoimmune symptoms dramatically just by bringing their bodies into balance. This is exactly why I wrote the The Hormone Reset Diet and created the Hormone Reset Detox program.

In my new book, I give you an easy-to-follow plan which eliminates the major food culprits that commonly lead to hormonal SNAFUs. I also designed my hormone balancing shakes to jump-start the healing process of restoring order to your endocrine (hormone-producing) glands. Balancing your hormones may be enough to put your autoimmune diseases into remission! Most of my patients also benefit from making some adjustments to their lifestyle by bringing balance to their exercise, stress, and sleep routines. In any case, I’ve seen an incredible number of people overcome their autoimmune disease, simply by tending to their imbalanced hormones and lifestyles. In fact, the 5000 people who’ve completed The Hormone Reset Diet report weight loss of up to 15 pounds, increased metabolic rate, a drop of 21 points in blood sugar, and loss of 4 inches off their waist. Now that’s some food for thought!