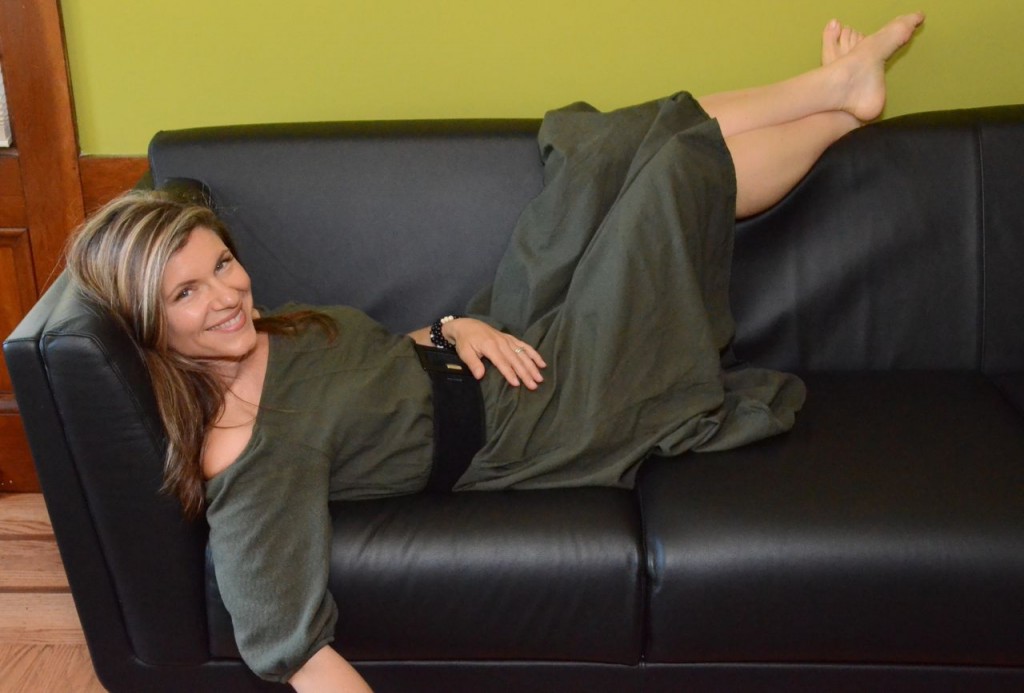 Here’s what I’m working with, in the hopes that it’ll provide some benefit to you. It’s a path toward greater authenticity. It’s my daily inquiry, my endeavor to break out of the old-school medical paradigm into my new paradigm. A more authentic paradigm of care – wellness coaching. My fluffy, flirty and new integrative wellness paradigm for women.

Actually, these questions are quite delicious whenever you are trying to break free of something that holds you back. My analogy is that I’m like a bird in a cage in the old medical paradigm – the broken-down, patriarchal model. Yet I have the key to open the door, escape the cage and soar.

1. In what situation have I felt restricted today? What was the impact?

2. Who has restricted me today? Why?

3. How did I let myself feel restricted today? Why?

Would love to hear your thoughts/comments/answers/observations in the comments. Here’s to our collective soaring. xoxoSG

Ana Forrest Wants You to Clear Your Stuck Patterns 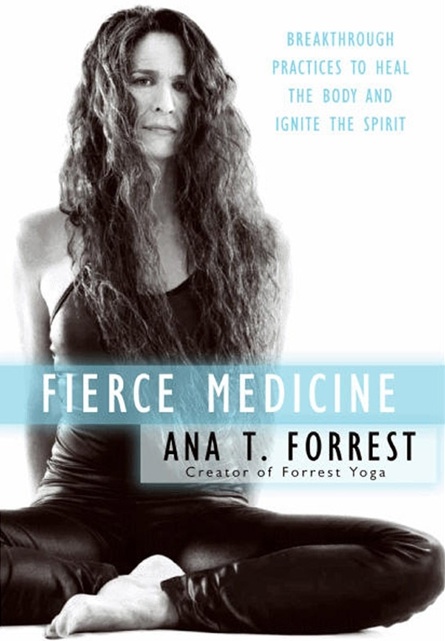 My first impression when I met Ana Forrest in 2005 at a yoga workshop in St. Helena, CA? FIERCE. I gathered with 75 other yogis, mat-to-mat, in a hot room as Ana coaxed us to clear the junk, the stuck emotional debris, that hardens us and eventually sickens the body. My companion at the workshop was having a migraine, and sat on the sidelines. I took a break to check in with her (I’m a gynecologist and occasionally helpful with such things). While whispering in her ear as quietly as I could, Ana walked up to me and hissed,“Stop the chat!”

Fierce, indeed. At first, I wanted to smack her. But as I softened to her sometimes abrasive style, I got her message load and clear: this isn’t the prettified, Shiva-Rea-esque lovefest of yoga. This is Fierce Medicine. Time to listen up, pay attention with every cell, and no hiding allowed behind the doctor persona! Get conscious, not the sanitized version but the one big enough to hold the ugly and hidden truths, the fears and reasons I go numb. We all have them.

No surprise that Ana’s new book carries the title, Fierce Medicine: Breakthrough Practices to Heal the Body and Ignite the Spirit, just published this month by HarperOne.

Why is Ana so fierce?

As she describes, abuse got her drinking alcohol by age 4, weed and pills a few years later, migraines, bulimia and epilepsy. Physical abuse, horrible sexual abuse, and some vague mention of prostitution. She’s not a typical yogi, but Ana has found great solace, direction and beauty in sharing her dark truths – and being a holder of the space for our shadow sides. She doesn’t care if you’re seeking a Christy Turlington butt or seeking relief from ferocious addiction. She’s got fierce medicine for all of us. Her version of 12-Step? The Sun Salutations.

I’ve heard many of the stories in her book from either Ana or her many California-based disciples, including Michelle Cordero, Colleen Millen, Jessica Medros, Marisa Zink and Alice Joanou. I’ve done all the practices and they are incredible. Unlike anything out there yogically. Here’s why they captivate me, as both a doctor board-certified in all things that can go wrong with the female body and as a yoga teacher, trained in the vinyasa lineage.

Putting my doctor hat on for a minute – Ana teaches very long, consistent breath patterns. Not just what you learn in Ashtanga and vinyasa, the prolonged ujayii pranayama and hold of the bandhas. I’m sure ujayii and bandhas works well for many of you, but as a female of a certain age – it just feels so male to me. Why would I want to hold my pelvic floor in a tight position for 90 minutes? Why does that make sense? Range of motion is what I’m interested in, and Ana’s practices of kriyas, such as agni sara and uddiyana, captivate me. They help me dig deeper and explore the energy flow on level I’ve not found in other practices. Kriyas, described by Julia Cameron of The Artist’s Way, as spiritual earthquakes, get me embodied and clear faster than any other spiritual practice I’ve encountered.

As a physician, what is particularly helpful and/or relevant about Ana’s story?

Two things. First, Ana’s path out of the disordered eating of bulimia has a crucial message for all of us who suffer over eating. I think that’s at least 80% of the female population when I last checked! Not sure the rate of disordered eating – compulsive overeating, food addiction, restricting, binging, purging and the like. Do you know? Tell us in the comments section. Ana has healed her eating disorder, and I often refer my patients to her workshops – to work on the fear, doubt and insecurity that usually underlies our weirdnesses around food.

Second, Ana’s approach to addiction is profound and broadly relevant. Not just for the addictions of hers that I’ve mentioned – to alcohol, drugs, food. But to the ways that we try to numb out from our pain. With blogging (note to self!), for instance, or being online. A psychologist recently mentioned to a friend that online connection can fill a void left by a childhood trauma with an imperfect parent (Imperfect parent? Weren’t we all imperfectly parented?). Being online can appear to be the benevolent parent we always hoped for. Newsflash: It doesn’t work that way. Get conscious of your habitual patterns, the ways you check out, and, as Ana says on p 215, “disobey the dictates of your conditioning.” Learn why you check out and how, and change it. She shows us how.

What else is Ana’s original contribution?

Ana helped me reclaim my body after two kids. I can’t emphasize this enough, or express sufficiently my gratitude. I have had searing insights in her workshops after kids. Lying on the mat, preparing for one particular arm balance (in her workshop that she aptly titles, “Gravity Surfing”), a small feather floated onto my little eco mat. I stared at the feather, thought about my recent child birth, and decoded the message, “Don’t take yourself so damn seriously, Sara! Light as a feather. Feel it, find it.” Up I went into a complicated arm balance that previously defied me.

Another important contribution: Ana is keen on unlocking your chronically stuck spots. For most of us, that’s neck, shoulders and hips. Her warrior shoulder shrugs? Genius. Neck release? Incredible. Lunge at the wall? Crazy good.

Bad back? Ana’s sequencing for releasing the low back are not found elsewhere. She takes your through incredibly hard abdominal work, then a back-bending series, followed by innovations such as cobra push-ups and back release. She gets me more deeply released than any other teacher, and I’ve had my share of great teachers.

What’s new in the book?

Ana’s book is a fantastic opportunity to work with her and heal – particularly for people who aren’t able to make it to her classes, or, like me, need doses of her fierce medicine more consistently than we can get with her living on Orcas Island.

I loved a section that runs through most chapters entitled, “Dharma Jousts.” She uses this term to reframe a situation by asking: “What can I do differently, right now, to disobey the dictates of whatever is trying to lead my life?” I won’t steal Ana’s thunder by giving her jousts away here – you’ll have to buy her book.

Ana also features some new sequences and is always innovating new ways to do asanas or yoga poses in a way that is least likely to injure the body. Preventing or healing injury, particularly in the midst of a yoga revolution with millions practicing yoga in a way that may cause harm, is worth the price of the book alone.

In summary, buy this book. Ana is a a master healer, guide and teacher, and draws far beyond the scope of orthodox yoga to both Native American wisdom and her own tumultuous path to get you, in her words, to evolve or die.

Note to readers: I love getting exposed to mystics who inspire you. Please share in the comments section an everyday mystic that you recommend I study for this category. Thanks, SG