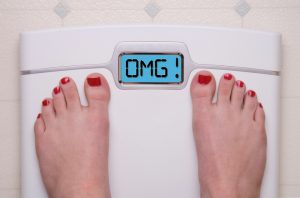 Since time immemorial, humans have been fascinated by the pursuit of the mythical fountain of youth. Fast forward to the twenty-first century and nothing has changed, with enormous scientific interest now focused on a family of metabolism regulating genes called sirtuin, and their potent actions which can fundamentally change how our cells function. These potent genes help us burn fat, become fitter and stave off disease, and ultimately could be the closest we ever get to turning back the clock.

But whether we like to think of them as ‘skinny genes’ or ‘Peter Pan genes’ as the media likes to coin them, what makes sirtuins special is their power to switch our cells into a survival mode. They do this by activating a powerful recycling process called autophagy, which clears out cellular waste and debris that builds up over time and is known to cause ‘inflammaging’. The effects of this rejuvenation process are impressive: our cells return to a more youthful state where inflammation is quenched, fat burning increases and we once again feel like we did in our prime.

Which begs the million dollar question: how can we activate sirtuins and reap their remarkable benefits? There are two well established methods: fasting and exercise (Haigis and Guarente 2006; Radak et al 2013). But as anyone will tell you, both can be gruelling, and often not compatible with our busy and demanding twenty-first century lifestyle. Their downfalls are also well known. As many will attest, cutting back on calories makes us tired and ‘hangry’ (that formidably stressful combination of hungry and angry), and in the longer term can erode muscle and cause metabolism to stagnate. As for exercise, the amount needed to be effective for weight loss is verging on the herculean.

But what if there was a third, less gruelling, way, a way that nature had always intended for us?

In 2013 the results of one of the biggest game changers in how we understand food was published. It was called PREDIMED, the largest, best conducted nutrition study carried out in the modern era. Carried out on almost 7,500 people, PREDIMED asked a simple question: how did a Mediterranean-style diet supplemented with liberal extra virgin olive oil or nuts (especially walnuts) compare to a more conventional modern diet? The results were phenomenal. After 5 years, heart disease and diabetes were slashed by an astonishing 30% (Estruch et al. 2013; Salas-Salvadó et al. 2014), accompanied by major reductions in inflammation as well as the risk of obesity (Ibarrola-Jurado et al. 2013). But what was most remarkable about this study was still to come. Upon further investigation, it transpired that there was no significant difference between the two groups in the amount of calories, fat or carbohydrates they consumed. These are all the usual measures we use when we determine how healthy a diet is. There was something altogether different going on, something that had yet to be considered by modern-day nutrition.

Plant foods – like extra virgin olive oil and walnuts – contain natural compounds called polyphenols, which research now shows have immense health benefits. When researchers analysing PREDIMED investigated polyphenol consumption the results were staggering. Over just the five year period those who consumed the highest levels of polyphenols had 37% fewer deaths compared to those who consumed the least (Tresserra-Rimbau et al 2014).

But not all polyphenols are equal. For instance, a study of almost 3,000 twins found that a higher intake of only certain polyphenols was linked with less body fat and a healthier distribution of fat in the body (Jennings et al. 2017). Specific polyphenols are undoubtedly a boon for staying slim and healthy, but which polyphenols are the best? Could it be those that research has shown have the ability to switch on our sirtuin genes? The very same ones activated by fasting and exercise?

The pharmaceutical industry have been quick to jump on this idea, investing vast amounts of money to convert sirtuin activating nutrients into panacea drugs. Glaxo Smith Kline created a big stir when they paid almost a billion dollars for the rights to research the food nutrient resveratrol and develop it into a sirtuin activating drug. However, they fell victim to the pitfall of isolating a single nutrient and giving it at pharmaceutical doses, when research shows that the benefits come from a synergy of nutrients consumed at doses that it is possible to achieve through dietary sources.

Many will have heard of the most popular diabetes drug metformin, and many reading this will either take it or know someone who does. What you may not know is that it has natural plant origins, coming from the French lilac plant and was used as far back in the 1800s to treat diabetes. And whilst most popular drugs are associated with substantial side effects limiting their use, metformin has the accolade of being the first FDA approved drug to be investigated for extending life, so potent are its health benefits. And what causes such immense benefit? We now know it is because metformin does not act on blood sugar or macronutrients directly but works by activating the sirtuin gene pathway.

Paradoxically, whilst the pharmaceutical industry has been all over the phenomenal ability of plants to work at a genetic level to revolutionise health, it’s an idea that has been almost entirely ignored in the nutrition world.

So with our interest piqued we set out to discover which foods contained the highest level of the specific polyphenols that had been shown in pharmaceutical screening studies to activate sirtuin genes. This culminated in the identification of the top 20 Sirtfoods, which we carefully put together into a special diet. This included extra virgin olive oil and walnuts, just like in PREDIMED, as well as arugula, red onions,  strawberries, red wine, cocoa, chillies, turmeric, green tea and coffee amongst other. When we road tested this diet, the results were stunning. Participants lost, on average, 7lbs in 7 days, whilst either maintaining or even increasing their muscle mass. Best of all people reported feeling great; brimming with energy, sleeping better and with notable improvements in their skin.

Whilst this represented a great kick start, it was the longer term results that truly showed the power of these plant foods as people lost in the range of 20 to 50 pounds over 12 weeks. This included many independent tests, including very recently a sceptical doctor testing it on national TV,  with his patient losing a breath-taking 22 pounds in a mere four weeks.  But to focus only on weight loss is a disservice to both us as clinicians and the amazing foods that work at the very deepest genetic level of our cells to stop inflammation and aging. What made us realise we had discovered something truly special were the life-changing health transformations, including people who reversed diabetes, heart disease and auto-immune diseases and were able to give up their medicines. To date, hundreds of thousands of people around the world have now experienced the powerful effects of the Sirtfood Diet and the testimonials continue to flood in.

Without a doubt the benefits of a diet based around these foods shows us that health is not defined by calorie counting, cutting out carbs, or banishing fat. Nature never intended us to be healthy based on what we cut out. Rather, nature intended for us to reap the benefits of a long and healthy life by indulging in its unrivalled food pharmacy.

Crucial truths are locked in your genes. When unlo

If you are new to my feed, hello and welcome! Thou

It's not your age that’s your enemy, it’s the

Changes in the body as you age are actually measur

Around 90 percent of the signs of aging and diseas

Migraines affect one in seven American adults, yet