It’s August, 1989. Something weird and wonderful is happening en route to Harvard Medical School, and it’s not just the music of Nirvana and Pearl Jam.

My hair is astonishingly full, thick, and shiny even though I haven’t used “product” on it for the entire summer. My nails are curiously strong. My skin? Radiant, and while it certainly helps that I’m falling in love with my latest boyfriend, whom I met in the Alaskan “Bush,” that’s not the only reason. (As you may know, “the Bush” is how Alaskans describe the vast regions unconnected to the U.S. road network or ferry system . . . which happens to be the majority of land.)

I spent the summer in Bethel, Alaska, working on a research project for the Alaska Department of Fish and Game. I counted salmon for a living, as a way to regulate with SONAR technology the salmon hatcheries upstream from Bethel in the Kuskokwim River.

We measured salmon by pinging sound waves off their air bladders twice per day, and simultaneously swept the river with a net, then compared that to data collected with SONAR. I was saving my money for medical school, because I didn’t come from a family of means. And because I was frugal and we had fresh, wild Alaskan salmon that we caught twice a day in the net, I ate large quantities for breakfast, lunch and dinner. Poor me, right?

From Salmon to Harvard 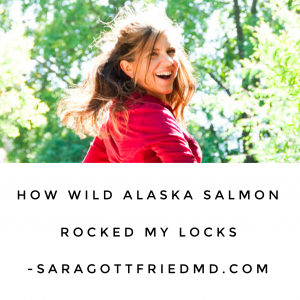 On the West Coast, the Seattle grunge scene was wildly popular, particularly the bands Nirvana and Pearl Jam, and the music made its way to the far reaches of Alaska. Even out in the Bush, we listened to songs like “Smells Like Teen Spirit” while running boats and dragging nets, waving to Native Alaskans as they fished the same waters for subsistence.

I was 22-years-old and, let’s be honest—a total geek.
Flying from Anchorage to Boston, I glanced at
Mount Rainier at the pilot’s suggestion.

It was a rare clear day in Seattle and the view of the
mountain took my breath away. Granted, I may also have been breathless because I was en route
to Harvard, and embarking on my career towards being a doctor, a mother, a yoga teacher, and so much more.

As I arrived at Logan Airport, my mind replayed the familiar phrase coined by Alaskans about Tony Knowles, mayor of Anchorage from 1981 to 1987: “He went to Harvard, but he overcame it.” Tony was erudite and looked preppy like a Kennedy. (Turns out that Tony went to Yale, but you get my point.)

I wanted a top-notch education, but I also wanted to stay the girl who could drag nets and sing along with a grunge song.

Oh, no, I know a dirty word

My mom and I drove up in a taxi to Harvard Medical School and parked outside the famous med school dorm, called Vanderbilt Hall. In and around Vanderbilt Hall was a frenzy of activity: 175 earnest-looking twenty-somethings rushed around, unpacking boxes, grabbing suitcases, throwing out quick introductions, and displaying a clear but unspoken sense of fear and anxiety that asked: “What have I gotten myself into?”

But I didn’t feel their anxiety or nerves myself; rather, I felt remarkably calm and collected. As I stated before: weird. Could it be that the massive intake of wild Alaskan salmon had changed my biology?

She just wants to love herself

“We Did Omega-3s Before They Were Cool.”

Native Alaskans have known the health benefits of salmon for centuries. In the summer, they live off salmon and blueberries, and in the winter, dried salmon and moose meat. After just a few months of following this food plan, I could see the amazing benefits of omega-3s for my mental and physical health.

It took us centuries to realize what the natives knew all along: Wild Alaskan salmon, and its magical amounts of healthy omega-3s, up-levels your biology, especially your neuro-hormonal dashboard.

This became the basis of how I approach health: Give your body the fuel and nutrients needed to function at the highest possible level.

Your health isn’t just determined by your DNA – it’s also how you manage that DNA, which is the realm of epigenetics. That’s the topic of my next book, Younger, due in March, 2017. Click here to take my online quiz and learn more about how you are aging.

At age 22, I wasn’t troubled by hair loss. That came later, after each of my daughters were born, and again when I hit 40. Did you know that 30 percent of women experience hair loss at 30, and 50 percent by age 50? It’s a problem of vanity and sanity, because we women love our locks. Causes range from low iron to insulin resistance, to heredity and inflammation, to hormone issues like high androgens, high stress hormones, and/or low thyroid. But the good news is that omega-3s can help.

Fast forward to the present time, and Kurt Cobain has been gone about 20 years. Courtney Love, his widow, is still getting into trouble. Meanwhile, I am still raving about the lessons I learned that summer in the Alaskan Bush.

Not surprisingly, we now know that fish oil or omega-3s do many lovely things to the body, whether you’re a man or woman.

In one study, men and women who took 4,000 mg (4 grams) of fish oil a day for six weeks lowered morning cortisol levels to healthier levels and increased lean body mass.

This study confirmed previous findings in men showing that fish oil lowered cortisol levels that were increased by mental stress.

A Pill-Free Approach to Optimal Health

If something as simple as a plate of wild Alaskan salmon or a daily fish oil supplement can have all these positive effects, can you imagine how positively vital you’ll feel once all your hormones are balanced?

The good news is that I’ve got more (oh, so many more) wonderful pieces of advice for men and women on how to balance their hormones.

It’s possible to become that person you want to be. You know, the one who… looks younger than they really are appears to be, bounces out of bed in the morning, eager to take on the day after a restorative night of sleep, enjoys a satisfying sex life, and fits into skinny jeans.

I’ll be sharing more natural remedies and easy lifestyle tweaks that give you energy, reverse the aging process, and turn your body into a balanced, beautiful machine over the next few weeks. Be sure to click here to take my quiz and learn more about how you are aging.

In the meantime, rock your locks with your fork and get wild Alaskan salmon on your team. 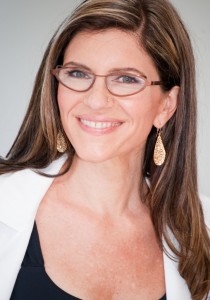 About Sara Gottfried MD
Sara Gottfried, MD is the author of the new book, Younger: A Breakthrough Program to Reset Your Genes, Reverse Aging, and Turn Back the Clock 10 Years. She’s the two-time New York Times bestselling author of The Hormone Cure and The Hormone Reset Diet. After graduating from Harvard Medical School and MIT, Dr. Gottfried completed her residency at the University of California at San Francisco. She is a board-certified gynecologist who is changing the conversation about women’s health and aging. Dr. Gottfried lives in Berkeley, CA with her family.

Nadjarzadeh, A., et al. “The effect of omega-3 supplementation on androgen profile and menstrual status in women with polycystic ovary syndrome: A randomized clinical trial.” Iranian Journal of Reproductive Medicine 11, no. 8 (2013): 665.