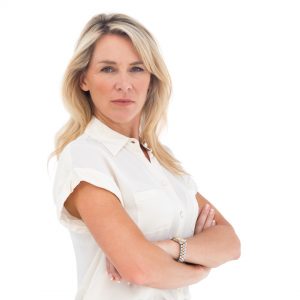 When your hormones go down in your forties, your risk of dementia and Alzheimer’s disease go up. Alzheimer’s disease (AD) is the most common cause of dementia, accounting for half of the cases. AD is a progressive brain/body disorder characterized by gradual memory loss, nerve cell loss, dysfunction of connections between nerve cells (synapses), and subsequent impairment in cognitive and behavioral functions. Physically, AD is characterized by two types of pathological lesions: plaques of accumulated amyloid beta peptide outside the cells and abnormal forms of tau protein—collections of neurofibrillary tangles—inside the cells. The plaques result from abnormal protein folding and aggregation, like misfolded bedsheets.

Women make up two-thirds of Alzheimer’s cases, and it’s not just because we live longer than men. Getting old and being female are the two most common risk factors for Alzheimer’s disease. You can think of this as a chronological and a hormonal trigger for the big “A,” yet we don’t completely understand why the gender difference occurs.[1] There is a desperate need to address knowledge gaps in understanding sex and gender differences in the development of cognitive decline.

The best-known gene for AD is Apolipoprotein E (APOE4, sometimes APO-e4). You inherit a copy of the APOE gene—E2, E3, or E4—from each parent. So you can end up with one or two copies of the APOE4 or “Alzheimer’s gene.” APOE gene instructs cells to make a protein called apolipoprotein A, which combines with fat in the body to make a package that carries cholesterol back to the liver for disposal through feces. People with the bad variant of this gene, APOE4, don’t recycle cholesterol, leading to higher levels of low-density lipoprotein (LDL, or bad cholesterol) in the blood.

How the Perimenopausal Transition and Menopause May Trigger Cognitive Decline

As we try to uncover the specific reasons that women’s brains are more vulnerable to cognitive decline and Alzheimer’s disease, several mechanisms have been proposed.

My brain is getting older and yours is too. I like to think it’s getting better, because I know that the math of a healthy brain involves a better balance between inputs (like eating a big salad, regular HIIT exercise, and meditating) and outputs (such as prioritizing sleep, preventing leaky gut, and even keeping mitochondria in top shape). Still, part of the challenge for me is that I know brain problems are twice as common in women, particularly dementia and Alzheimer’s disease, but also anxiety and depression.

Most people consider old age as a progressive decline toward drooling and living in a nursing home, which is one of our greatest fears. By 2050, the number of people age sixty-five and older with the big “A” is expected to have tripled, according to conservative estimates.[18] Sadly, after age sixty-five, an individual’s risk of developing Alzheimer’s doubles every five years. After you hit age eighty-five, the risk reaches nearly 50 percent.[19]

What Can Be Done

The latest version of the Alzheimer’s Facts and Figures gets one fact completely wrong: “It’s the only cause of death in the top 10 in America that cannot be prevented, cured, or slowed.”[20]  Since first described a century ago, Alzheimer’s disease has been without effective treatment. Until now.

Dr. Dale Bredesen, M.D., a neurologist, UCLA professor, and investigator at the Buck Institute for Research on Aging, has pioneered a program that reverses memory loss in nearly all of his patients within three to six months.[21] Yes, reverses. Larger clinical trials need to be done, but this is a rare bright spot in the treatment of Alzheimer’s that you need to know about now before it’s too late.

Yet the cure is probably not a single drug with one target. Instead, the best solution appears to be a functional medicine approach that addresses multiple root causes. Imagine having a roof with thirty-six holes in it, and a drug that patches only one hole. Dr. Bredesen says that if you seal one hole, you still have a leaky roof with thirty-five other holes. So taking a drug for treatment isn’t helpful. But if you address multiple holes, you may get an additive or even synergistic effect, even if each hole is only modestly affected. You might reduce the leakiness by 90 percent. You haven’t fixed everything, but you’re much better off. This is the premise of functional medicine, and it especially applies to women.

Whether you’re male or female, reversing or preventing cognitive decline demands a change in diet, exercise, stress, sleep, brain stimulation, and supplements. Patients with Alzheimer’s often have poor hygiene, high perceived stress, inflammation, insulin resistance, vitamin D abnormalities and hormonal imbalances, and toxic exposures. As a woman, it becomes especially important to solve the hormonal problems, stress-related fatigue, and insulin block so that you can modify your genetic or epigenetic risk of Alzheimer’s. The key is to intervene before the window closes—ideally within ten years of the very first symptoms (walking into a room and not remembering why, losing your keys, forgetting a word that’s on the tip of your tongue), when there’s still time to reverse the imbalanced signals. Or, even better, way before any symptoms start.

You now understand our urgent need to understand sex differences in the development of cognitive decline and Alzheimer’s disease. Here are ideas for what you can do, and I look forward to hearing from you in the comments section below for your additional ideas.

[17] Fang, Y. Y., et al. “Evidence of altered depression and dementia-related proteins in the brains of young rats after ovariectomy.” Journal of Neurochemistry (2018).