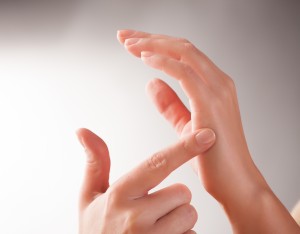 Jennifer was a forty-four-year-old patient who arrived in my office feeling defeated, worn out, and “older than her years” as she put it. As a third-shift nurse who worked grueling twelve-hour nights – frequently picking up overtime – the stressful struggle to balance sleep, two kids, and an unemployed husband drained her sanity, and took its toll on her waistline.

As a doctor recovering from burnout (not a sexy look for someone who should know better), I immediately sympathized. I completely understood the ugly aftermath of overwork: Persistent fatigue, zero sex drive, damning those skinny jeans for shrinking in the dryer (again!), and desperately battling what feels like lack of willpower. I was ultimately losing an unwinnable war with myself.

For many years, I accepted this miserable existence as somehow normal. After all, I’m a Harvard-educated medical doctor who puts in long hours. This is what happens as I get older, right? I chose this path. Except that finally, I just couldn’t take it any more. I can’t tell you the exact moment, but something broke. I refused to accept that growing older meant weight gain, chronic stress, rising blood sugar, downward-spiraling health, and feeling older than my years.

Eventually I had a real conversation with myself and decided to learn what my body needed. Hint: It did not need a new starvation diet, hitting the gym more often, psychologically beating myself to cough up more will power, trying harder, or putting in more hours—which messed with my already-shot-to-hell hormones while paving a path for food addiction and body shame.

Once I gave myself that break, I could also give my overworked, overstressed female patients that same permission. “You can stop beating yourself up,” I told Jennifer. “I want you to stop seeing food as a monumental struggle. Food is information, and we get fat because of major hormonal misfires.”

With a comprehensive-but-practical approach, I’ve helped numerous patients get a better body than they had in their twenties, feel sexy and confident in their own skin, and restore hormonal balance that creates vitality and thriving health without that relentless, miserable daily struggle.

After years of working with patients like Jennifer, I’ve realized learning and growing never really ends. As women, evolution leaves us with the disadvantages such as weight gain, chronic stress, and inflammation. Rather than feel defeated, we’ve got to get creative and take advantage of information and resources.

In my books and blogs I’ve discussed how what you eat, how you move, and how you manage stress play monumental roles in weight loss and overall health. One of my favorite research areas involves discovering less conventional but equally powerful science-based hacks that arm patients with radical tools. These five are among my lesser-known-but-equally-worthy favorites to spike your vitality.

Within a few months, Jennifer stopped working overtime and stuck to a semi-manageable three-shift week. She combined her revised work schedule with a well-designed diet, and exercised regularly. All in all, Jennifer had a newfound energy and calmness, and continues to work toward her goal of living healthily routinely.

I’m sure you’ve got your own strategies. What science-based secrets would you add to regain power over your vitality and overall health? Share yours below or on my Facebook page.