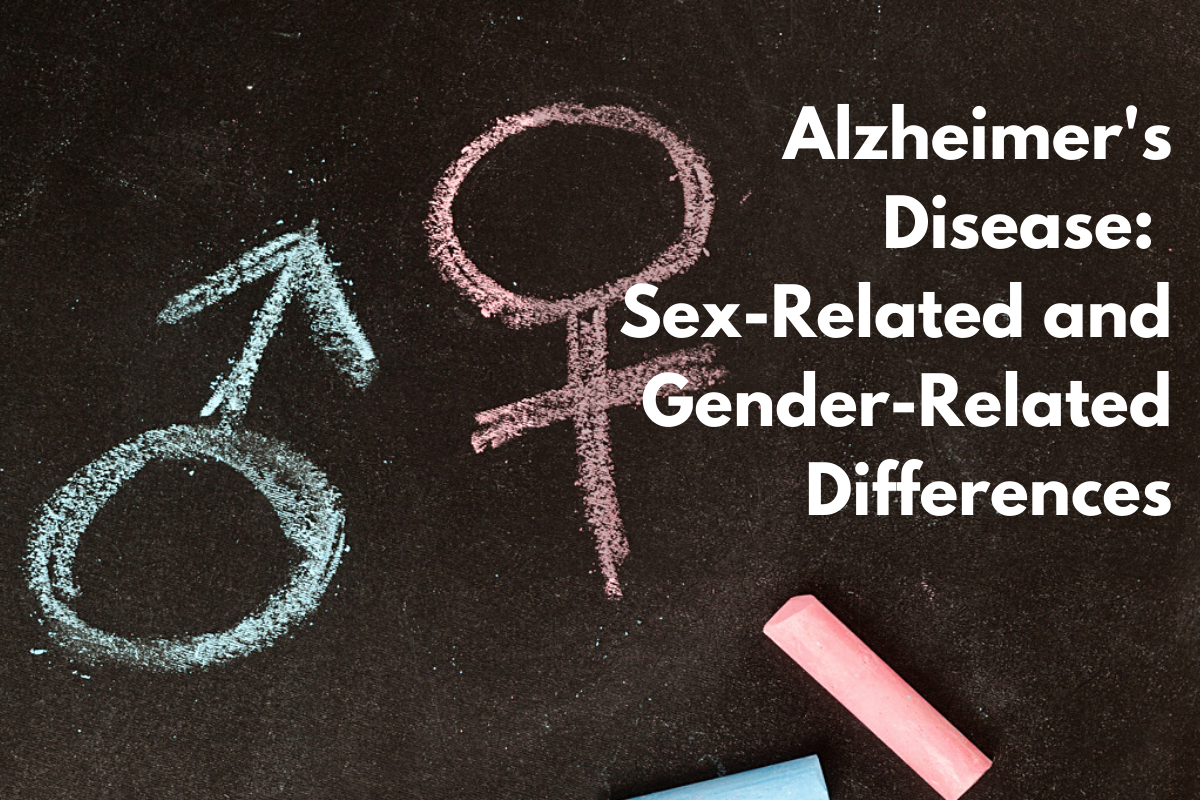 We used to think that developing Alzheimer’s disease was inevitable, but that is no longer the case. Personalized lifestyle medicine has been shown in a case series led by UCLA professor Dale Bredesen, M.D. to reverse Alzheimer’s disease. But there is one important fact that is often overlooked: the disease shows up, progresses, and is treated differently in women compared with men, and we must understand these gender differences in order to have the greatest impact on reducing our risk of the disease. A more complete understanding of sex differences in Alzheimer’s disease, beginning in your forties and perimenopause, can provide novel and effective therapeutic interventions. The fundamental question: Why do women develop Alzheimer’s more often than men?

Alzheimer’s disease (AD) is a progressive neurodegenerative disease characterized by severe memory loss, personality changes, and decline in cognitive function. On a practical level, that includes forgetting details of a recent conversation, misplacing objects (keys, phone, wallet), sleep disruption, and changes in mood—irritability, depression, anger, hostility. Globally, a new case of dementia is diagnosed every 4 seconds. In the United States, a new case of AD is diagnosed every 65 seconds. Women are at the center of the epidemic: 65 percent of patients diagnosed with AD and 60 percent of caregivers are women. AD is more common than breast cancer.

Although the cause has not been conclusively proven, Dr. Bredesen’s personalized lifestyle medicine approach, called metabolic enhancement for neurodegeneration (MEND) has successfully reversed cognitive decline in patients with early AD. His protocol patches the 36 “holes in the roof,” i.e., 36 factors that he’s identified in the lab that contribute to AD.  If you read the original studies, you’ll find that the magnitude of improvement was dramatic. But the problem with most research on Alzheimer’s (until very recently) is that they examine combined data for men and women, and do not rigorously analyze data by gender. As a result, we miss the opportunity to identify more subtle risk factors that are more common or predictive in women.

I practice personalized lifestyle medicine, utilizing principles of functional and precision medicine. We begin with a root cause analysis, and implement an N-of-1 trial to provide rapid information on whether personalized prevention plans can improve patient-centered outcomes.

In medicine, sex refers to biology including chromosomal (for instance, XX versus XY chromosomes), reproductive (gonadal), or hormonal differences between men and women. In contrast, gender-related differences refer to psychological, sociological, political, and cultural differences between men and women (for example, access to education, wage equity, and occupation). Both factors play an important role in the development and progression of diseases, including AD.

Rebecca Nebel, Ph.D., Director of Scientific Programs at the Society for Women’s Health Research, recently wrote a landmark paper, titled: Understanding the impact of sex and gender in Alzheimer’s disease: A call to action. In the paper, Dr. Nebel cites three types of sex-related risk factors for Alzheimer’s:

One of the largest risk factors for AD affecting women is reduced exposure to the protective effects of estrogen, which I consider to be the master regulatory switch in women. In a premenopausal woman, the ovaries are the primary source of estrogen, in the form of estradiol. When a woman’s ovaries are removed prior to menopause, even just one (unilateral), she has a greater risk of dementia. Further, estrogen therapy after surgery until age 50 appears to reverse that risk, suggesting there’s a critical window for estrogen therapy and brain protection. In older patients with Alzheimer’s disease, elevated levels of sex hormone binding globulin have been found, which may reduce free levels of sex hormones such as estradiol and testosterone, but absolute levels of these hormones are no different compared with controls.

Another source of estradiol withdrawal is pregnancy and breastfeeding. (During pregnancy, estriol is the dominant form estrogen.) Women with multiple pregnancies have a greater risk of AD. Conversely, one additional month of a menstrual cycle confers a 0.5% reduction in risk of AD.

These data suggest that the vulnerability in women is not just loss of estrogen at menopause but gradual changes that precede menopause and how that affects cellular, neuron, and brain function. See my previous article on the slow glucose metabolism that can be detected in the perimenopausal brain around age 40 and may be a harbinger of Alzheimer’s disease. Hormones like estrogen affect many cellular processes in the brain and body—including autophagy or programmed cell death. Think of autophagy as a housekeeping crew that roves around your body, removing the nonfunctional components of the cell. Autophagy rejuvenates the cell.

The Alzheimer’s “gene,” or Apolipoprotein E4 (ApoE4) genotype is equally common in men and women but has a stronger effect in women. While the ApoE4 genotype is a biological factor that cannot be modulated, it interacts with sex or gender-related factors that can be modulated, like education, diet, and lifestyle.

In the CREDOS prospective cohort study of 294 people with mild cognitive impairment followed for median of 14 months, risk factors for developing incident AD in women were different compared with men, including older age, depression at baseline, and APOE4 alleles.

The hippocampus of the brain—the region involved in memory consolidation and emotional regulation—has been measured sequentially over time using imaging techniques in people with normal cognitive function at baseline who were then followed over time. Changes in the volume of the hippocampus affect a woman’s progression to AD but not a man’s.

Let’s start with hormonal differences: men have substantially higher testosterone levels compared with women. Does low androgen or androgen deprivation therapy, used to treat prostate cancer, increase risk for AD in men? Studies are mixed. One study suggested that testosterone may be protective in patients with low oxidative stress.

Again in the CREDOS cohort, risk factors that increased men’s development of AD included severe periventricular white matter hyperintensities, and poorer global cognitive function. This has been confirmed in a subsequent study.

Another risk factor for AD is sleep apnea, which is 3-fold more common in men compared with women.

The risk factors that affect both sexes are as follows, and those found more commonly or cause more severe disease in women are marked with an asterisk.

Impaired insulin is associated with Alzheimer’s disease in both sexes. When it comes to insulin resistance, when your cells become numb to the insulin molecule, I use functional and precision medicine as my operating system, and find this approach is the best for dealing with the dietary causes of impaired insulin signaling and resulting risk of AD. We start with food. When it comes to brain body health, there is so much that you can do to make a difference. This is the topic of my next book, Brain Body Diet, and future articles.

What We Don’t Know

To cure AD, we need a collaborative model of patients, researchers, clinicians, policy makers, government–women and men—working together toward the common goal of robust, rigorous scientific progress. That collaborative model must include a nuanced understanding of the role of sex- and gender-differences.