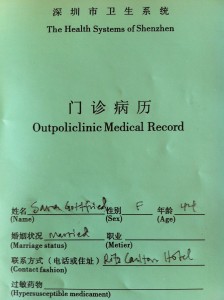 “Hell, Yes.” That was my response when my husband, David Gottfried, founder of the US Green Building Council and LEED, was asked to give a speech at a green conference in Shenzhen, the “Silicon Valley” of China near Hong Kong, and David asked if we should go. I had visions of interviewing Traditional Chinese Medicine doctors, eating like I was part of the China Study and steaming pots of rare oolong tea. Maybe even long, uninterrupted hours of productive writing of my new book, The Hormone Cure.

OK, most of that didn’t happen. But a few lovely things did. Highlight was my afternoon with Dr. Dr. 刘英山  Liu Ying Shan, at the Shenzhen Futian Hospital of Traditional Chinese Medicine. And the miracle that happened with my sleep. Here’s the short version.

One week before departure, small detour arises. David gets a speech he can’t refuse in Abu Dhabi. Retool. Add a few more flights to the itinerary.

Board flight to Dubai from San Francisco. I watch more movies during the flight than I’ve seen since my last daughter was born. She’s 6!

15 hours + too much shiraz later, we are driving to Abu Dhabi Fairmont Hotel. Weird. Looks like Vegas but without the cleavage. Gym. Write. Humus. Medjool dates. Extraordinary falafel. Jog on “beach.” Bleary-eyed. Forgot my damn melatonin. And benadryl. Hotel room smells moldy. I think my thoughts are eroding under the weight of jet lag.

Ful. More humus. Why does humus taste so extraordinarily different here? More medjool dates. Write. Finish the chapter on Cortisol and send it to my mom, who happens to be a superb editor. She’s watching my kids and editing my book! Thanks, Mom. I am one lucky kid. Watch a few TED Talks to keep me creative and inspired. Not much sleep. Remember the Zeo I just bought? My “ZQ” – or sleep quality score from 0-100 each night – ranged from 31 to 58. Total sleep at this point about 5 hours, and I’m a 9-hour/night kind of a gal. David working 16 hours straight with Rick Fedrizi, his buddy and President of USGBC. Speech at Palace Hotel. I realize that when writing a book, there is no sight seeing.

It seems to take an act of God to get across the border into Mainland China. I wonder if Gwyneth had this much trouble on her recent trip. Turns out it just takes a lot of money. And it takes a lot more money at 11pm than it did at 10pm. David remarks, “Welcome to China. That’s how it is.”

Cross border into Mainland China near midnight. Arrive hotel. Funny but none of my social media links work anymore. Not able to get into Facebook or Twitter or YouTube. Hootsuite won’t load. BBC and Bloomberg News load just fine. Creepy. David asks me to try not to get arrested.

How cute is his Chinese business card? 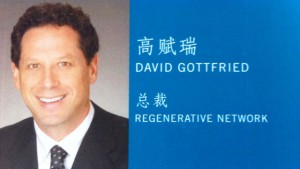 David is a VIP at a huge green conference. There’s a big ceremony in the front of the conference center with balloons and confetti and a loud speaker before his speech. I take a bath and snap a shot from the glorious bathtub at our hotel. Feelin’ the trophy wife vibe. Write. Thyroid chapter. 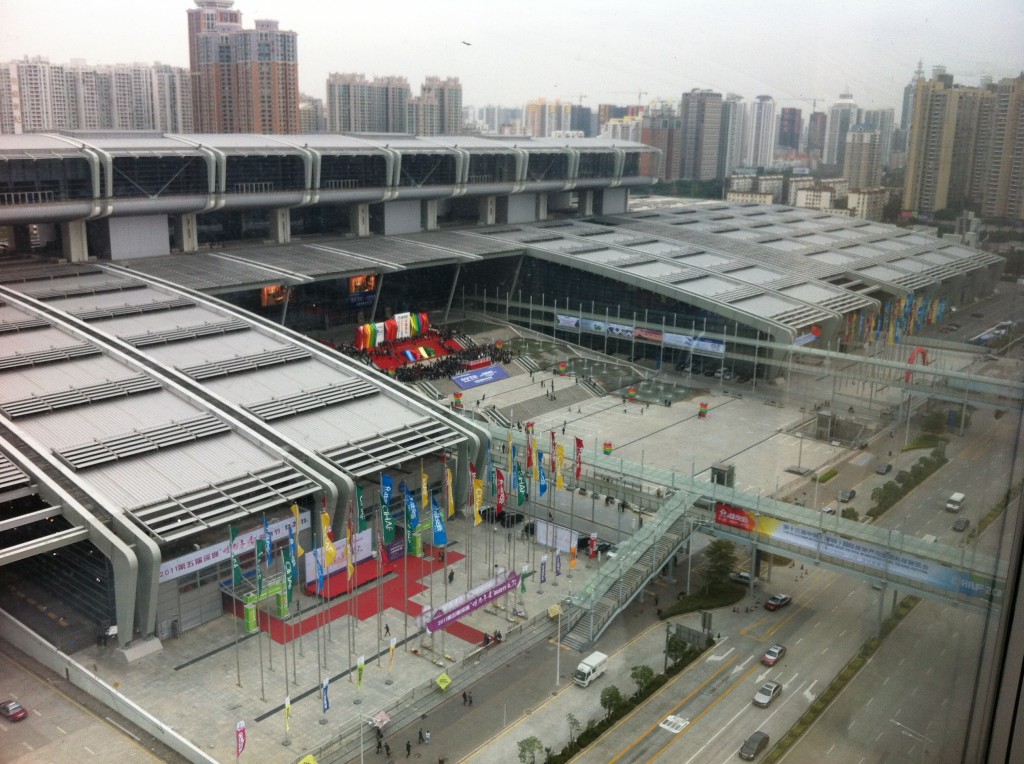 David’s assistant, Nellie, takes me to meet Dr. Liu, a fourth-generation doctor of TCM for an interview. And oolong. A large quantity of oolong that Dr. Liu prepares at his desk overlooking the city of Shenzhen, population 12 million. We’re drinking tea until 5pm and I’m fretting over my crazy-slow metabolism of caffeine. If I ever have caffeinated tea after about 10am, I don’t sleep.

I talk for hours with Dr. Liu. I’ll share his genius with you in a future blog, but let me just say that he blew my mind, and had much wisdom to share about how we live our lives. He said a lot of the smart things that I heard Jen Louden say in a recent interview, but in an ancient, TCM framework. 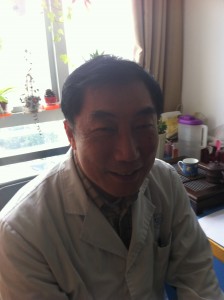 Then, I get an idea.

“Dr. Liu, would it be possible to see one of your colleagues for a quick pulse/diagnosis/treatment?” He whisks me off to another floor to see one of his colleagues, an old woman with a bad dye job who looks like she’s been doing this a while. She is kindly. I tell her about my jet lag and poor sleep. Meanwhile, other patients walk into the room and listen in. I guess patient confidentiality and HIPAA are not such an issue here.

“Did insomnia start before the trip?” she asks. Well, actually, I’ve been staying up late to work both on my book and my new Mission Ignition course, so yes, the lousy sleep predated the trip to China. But it’s mostly an access problem.

She lays hands on me, takes my pulses. Looks over my tongue. Writes some notes. Stares me down to deliver her diagnosis: “Too much pressure. Too much stress.”

Uh, yeah… I know. Does she say this to every American? I try to remain open-minded despite what feels like a generic diagnosis.

She writes 2 prescriptions: one for the ready-made herbs that I get at the herbal pharmacy, and the other, much more complicated script for the herbs that get brewed overnight, customized for me, and available for pick up tomorrow. I look over each box and bottle, and see no English. “Zaoren Anshen Jiaonang” is my new sleeping medication, and there’s a list of about 20 herbs that Nellie cannot identify.

Nellie says something about deer antler extract and I decide to throw scientific caution to the wind. This time.

I take my ready-made herbs as prescribed. David goes to an awards banquet and I try to understand, for The Hormone Cure, why we don’t know more about pregnenolone and why women get more thyroid problems than men. 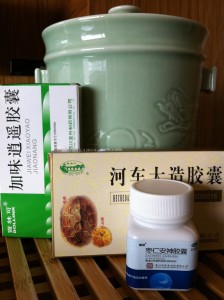 Up at 6am. Zeo after the TCM herbs? My ZQ this morning = 98, Baby. Feelin’ IT. Gym. Asian greens. Tea-scented hard boiled egg. Dragon fruit. I’m in love with Dragon Fruit. Hoping it’s not dripping in pesticides, lead and other toxins. Planning my next detox. 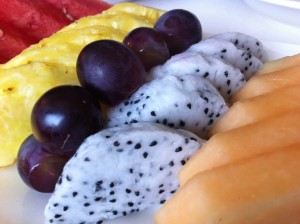 Off to dinner back in Hong Kong (assuming they let me cross the border!). Stay tuned. 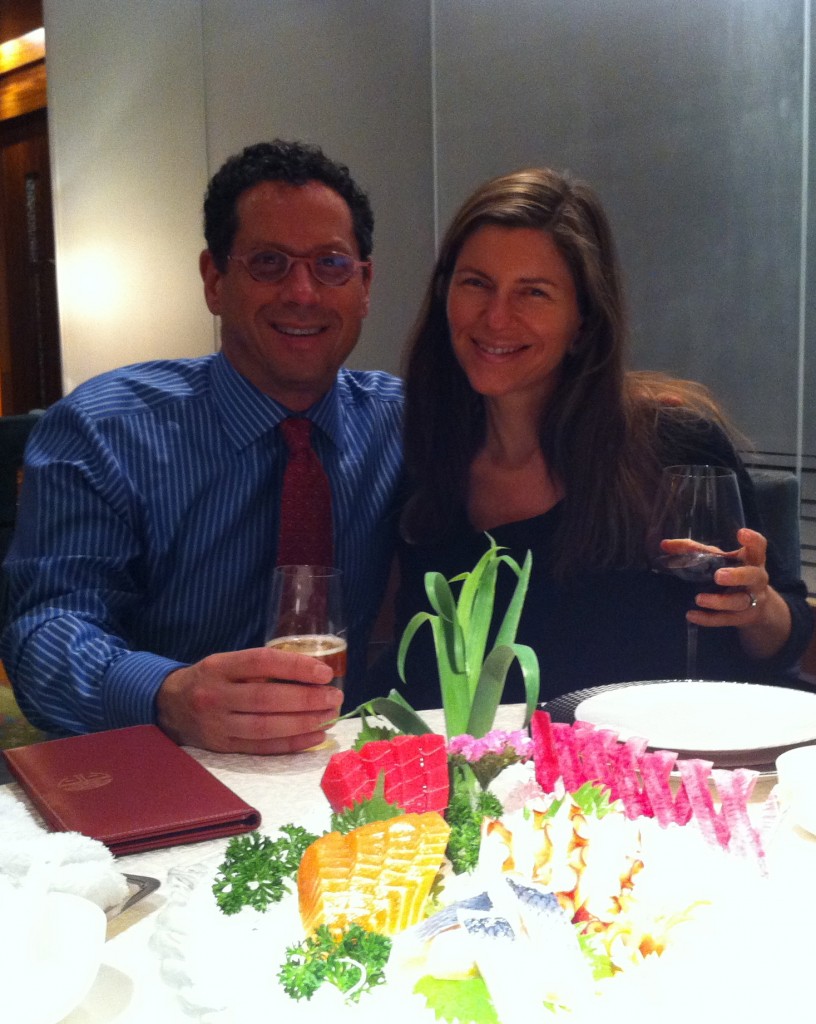