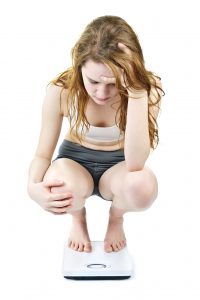 Are you frustrated with any of the following symptoms?

While these symptoms have multiple causes, I commonly discover fungal overgrowth in my patients with these issues. When I went through my medical training, we were taught to dismiss the idea of “Candida” being the cause. We were taught to be empathic while inwardly rolling our eyes. Then, in my own medical practice years later, after seeing so many patients with recurrent vaginal yeast infections, I hypothesized that conventional medicine could be wrong in its approach to this common diagnosis. So I decided to test myself.

At the time, I struggled with constipation, rosacea, weight loss resistance, and fatigue. I performed a stool analysis and learned that I had fungal overgrowth—moderate yeast were seen under the microscope in my stool, and Candida albicans grew out on my stool culture. I began treatment with Nystatin and Diflucan, which are common conventional therapies, but also added a yeast-free food plan, herbal remedies, and probiotics.

Within one month, my symptoms were gone.

I dropped weight, not effortlessly but it was far less difficult. I had a hunch there was something to the idea of chronic fungal overgrowth and began poring over the research. I found that more than one quarter of patients with gastrointestinal complaints were found to have small bacterial fungal overgrowth (SIFO), sometimes called fungal dysbiosis.[1]

Unfortunately, the data are limited, but lack of proof is not proof against. Armed with my own experience, I changed how I approached my patients, both in my diagnosis and treatment. Over time, I became a believer. Not in the wholesale, everything-is-caused-by-yeast strategy that I see among some practitioners in the alternative medicine world, but in having a healthy suspicion that some or many of my patients’ most nagging symptoms might be due to dysbiosis, an imbalance in the microbes of their gut flora, including overgrowth of yeast. In this blog, I will review the symptoms and mechanisms of fungal overgrowth. In future blogs, I’ll cover the diagnosis and treatment from a functional medicine perspective.

Normally there is a healthy balance of microbes in the gut, including a small amount of fungus. But when an insult removes good microbes (such as a course of antibiotics) or bad microbes are fed too much sugar, the gut’s ecosystem can become imbalanced.

Besides loving a body that is moist, dark, and sugary, yeast thrive under certain conditions, such as the following, which can generate too few good microbes and/or too many bad microbes. You may have one or more of these problems putting you at risk of fungal overgrowth.

Keeping in mind that symptoms of fungal overgrowth are similar to other conditions, i.e., they are nonspecific, these are the most common symptoms and conditions that I see in my practice (note that some of them are associated with the broader problem of dysbiosis, which may include fungal overgrowth).

If you have more than three of these symptoms, you may want to consider dysbiosis, particularly fungal dysbiosis, as a potential root cause. But this is a situation where you don’t want to guess and start a strict anti-fungal food plan and supplements. Instead, test. In my next article on fungal overgrowth, Part 2, we will discuss methods of diagnosis including blood tests (rarely if ever helpful), organic acid testing (sometimes helpful), and stool testing (the gold standard, but you need the correct test ordered to make the diagnosis). In Part 3, we’ll review the evidence-based treatments and the sequence that works best for my patients.

[5] Al Essa, H. B., et al. “High fiber and low starch intakes are associated with circulating intermediate biomarkers of type 2 diabetes among women.” The Journal of Nutrition 146, no. 2 (2016): 306-317; Thompson, S. V., et al. “Effects of isolated soluble fiber supplementation on body weight, glycemia, and insulinemia in adults with overweight and obesity: A systematic review and meta-analysis of randomized controlled trials.” The American Journal of Clinical Nutrition 106, no. 6 (2017): 1514-1528.