Can’t lose weight no matter what? Maybe it’s your sunscreen. Don’t get mad–it’s just doing its job, just maybe a little too well.

Slathering on sunscreen seems like a no-brainer. It’s still the best way to save face, prevent signs of aging like wrinkles and brown spots, and, oh yes, reduce your risk of skin cancer too. So for extra oomph, you rock that boho wide-brimmed hat and some Rachel Zoe/Jackie O over-sized sunnies, right? 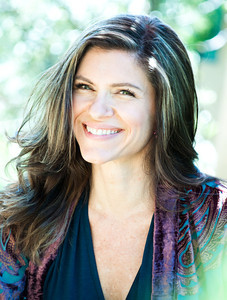 But it’s looking like all this smart sun protection might just be too much of a good thing when it comes to vitamin D (aka “the Sunshine vitamin”).  These days, perhaps you and most people are blocking vitamin D from doing its thing.

It’s not all sunscreen’s fault.  The way we live now is mostly under cover 24/7 in homes, offices, schools, the gym and shopping mall. Even sports stadiums have morphed into covered domes. So we’re inside where vitamin D can’t find us.  And even when we’re out, we prevent it from getting to us. The result may be what’s meant the term unintended consequences. Vitamin D deficiency big time.

Who knew? Well, we’re beginning to figure it out. Now vitamin D has been declared missing in action by many leading experts in the nutrition and medical science community. What’s more, its absence is now thought to be at the root of many chronic illnesses that are a menace 2 our society.

Vitamin D has long been considered just calcium’s sidekick, the Robin to calcium’s Batman. This dynamic duo is known for protecting bones. That’s because vitamin D helps calcium to be absorbed by the bones to keep your skeletal mass strong and able to carry your weight wherever you want to go.  (Just between us, that’s why I am a little skeptical about a study (1) suggesting calcium supplementation increased heart attack risk.  You can’t leave vitamin D out of the equation and not expect things to go out of whack.  The study authors even cite a different study (2) that looked at calcium and vitamin D supplementation and was not associated with increased heart attack risk.)

But now we’re beginning to realize that vitamin D deficiency may cause problems beyond the fragile bones that cause the falls and fractures of the elderly and others with osteoporosis. We’ve discovered that every cell in the body, whether the heart, brain or immune system, has vitamin D receptors and therefore needs enough vitamin D to run in top form (3).

It’s a scary but awesome breakthrough to realize that a whole range of health problems that have been on the upswing in recent decades, including but not limited to cancer, Alzheimer’s and vascular dementia, osteoarthritis, multiple sclerosis, overweight and diabetes, may come down to this: not enough vitamin D.

The Recommended Dietary Allowance (RDA) of vitamin D set by the U.S. Institute of Medicine is 600 IU for anyone between the ages of 1 – 70, 800 IU for people 70 and older.  Although data suggests that vitamin D levels in the 1,000 to 2,000 IU range may be what we need for protective effects from various disease conditions associated with insufficient vitamin D, the government wants more evidence before increasing the RDAs. (6)

Unlike its water soluble cousins vitamin C and the B vitamins, vitamin D is fat soluble. That means it can build up in the body because it isn’t excreted every day in your urine. But while there is a concern about overdosing, the toxicity threshold for vitamin D is 10,000 IU a day. With the possibility of adverse effects from vitamin D building up over time and Americans’ more-is-better approach, the Institute of Medicine prudently suggests a toxicity threshold should be considered to be 4,000 IU a day for people over 9 years old and lower for younger children.

Testing 1-2-3 – Ask your doctor to have your blood levels of vitamin D tested. That’s the best way to start fine-tuning your body’s vitamin D level.  Know your baseline.

Don’t ditch the hat or the shades. Or even the sunscreen. Use them faithfully all-year round.  Make it a priority to protect the areas on your body most sensitive to sun damage and vulnerable to skin cancer. That includes your face, ears, neck, back and shoulders.  But when it’s shorts and bikini time, leave the sunscreen off your legs and arms. Let them soak up some of that natural vitamin D for about 15 to 30 minutes. Keep in mind that sunlight striking your skin that prompts your body to produce its own vitamin D supply.  Once it’s got enough, it won’t make anymore. So although, you may get sunburned, you can’t overdose on vitamin D from sunshine. So try walking on sunshine, it’ll make you feel good.

Try to include stuff rich in vitamin D in your daily diet. Some food like salmon (Think of the Scandinavians who don’t see the sun at all for part of the winter.  No wonder they’re known for eating a lot of fish!) come by their high vitamin D content naturally.  Others like milk, orange juice and ready-to-eat cereals are fortified with vitamin D. The government spiked certain foods with vitamin D back in the 1930s when the relationship between vitamin D and healthy bones in young children was discovered. But they set the bar pretty low compared to levels of vitamin D that today we know are safe and possibly needed for additional health reasons.  Unless you like to eat a lot of fish, you may need to get some sun or talk to your doctor about supplements.

That spoonful of medicine in “Mary Poppins” was probably cod liver oil.  People in northern climates who don’t see much sun used to take cod liver oil as a way to supplement vitamin D. It still remains a potent source. If that spoonful is tablespoon, it provides 1,360 IU of vitamin D.  I usually recommend 2000 IU per day for the women I see in my practice. But testing is important to determine the right dose for each individual, since we’re each like unique snowflakes, genetically, in how we respond to the sun, how hardy our skin is, and how well your system can absorb a supplement.

Does coffee make you feel too jacked up? It leaves