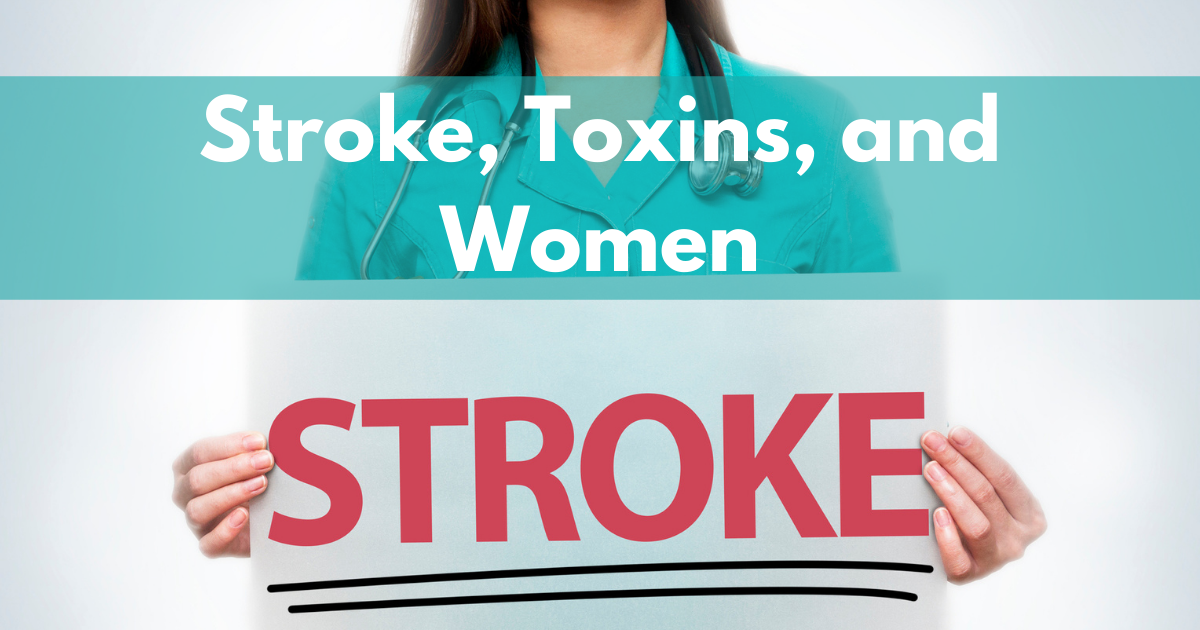 You may never think of stroke. You may not think you’re at risk, that it’s a problem that occurs in older people, like grandparents. Certainly, it’s not a health risk for you. Turns out that strokes are on the rise among millennials. According to the Centers for Disease Control, strokes among women ages eighteen to thirty-four have increased 32 percent from 2003 to 2012, and 15 percent in men.[1] The problem is worst in urban areas of the West Coast and Midwest. Is it something in the air or increased use of opioids? We don’t yet know. Most of us, unfortunately, know someone who has suffered from a stroke. It’s a top cause of disability, and the third leading cause of death worldwide.

If you’re a woman, you’re at greater risk. Discouraging, I know. Women in the United States have more strokes compared with men because of our unique risk factors—including pregnancy, taking birth control pills or certain forms of hormone therapy, and having migraines with aura. Overall, women have a worse recovery after stroke,[2]and stroke kills twice as many women each year as breast cancer. This is no small matter! Yet women are less knowledgeable about risk factors and don’t perceive themselves to be at risk. Think again.[3] Eighty percent of strokes are preventable by making healthy diet and lifestyle choices. Wow, that’s a huge number! Would you believe that many strokes are preventable? It’s true, because there are many risk factors related to the brain/body connection that show up years to decades before a stroke. Here’s what you need to know.

What Is a Stroke?

In simple terms, a stroke is a shortage of blood to the brain. Stroke is also known in medical parlance as a cerebrovascular accident. Strokes are the ultimate sign of brain/body malfunction. A transient ischemic attack (TIA) or ministroke can be temporary and resolve within twenty-four hours. The brain deficits can be mild to severe, depending on which region of the brain loses its blood supply. Aside from TIAs, strokes fall into two broad categories: 20 percent are hemorrhagic, and 80 percent are ischemic. Hemorrhagic stroke results from the rupture or hemorrhage of a blood vessel supplying the brain. Ischemic strokes are the result of a lack of blood supply in an artery in the brain, leading to lack of oxygen (ischemia) and cell death.[4] Clearly lack of oxygen or blood to the brain is never good. Fortunately, the body usually sends out warning signs in advance of a stroke that it is in trouble, like high inflammatory markers including elevated homocysteine (particularly in the MTHFR C677T polymorphism), C-reactive protein, and lipoprotein-associated phospholipase A2, or a heart that isn’t beating effectively, or a tendency for blood clots because of birth control pills or oral estrogen. After ischemic stroke, homocysteine is an important biomarker of elevaved five-year risk of death in women but not men.

What Are the Risk Factors for Stroke?

Other risk factors include age, female gender, prior stroke (or TIA or heart attack), and family history. Black women have a higher rate of mortality after stroke compared to Caucasians.

What about your cholesterol panel? In some but not all studies total cholesterol and LDL are associated with ischemic stroke but risk can vary by stroke subtype and LDL particle size. Low HDL may predict stroke in men but not women. In women, triglycerides, VLDL size, and IDL may be important biomarkers along with those mentioned earlier.

Is There a Root Cause?

My research says yes— and if you’re a regular reader of my blog, that shouldn’t be much of a surprise. I believe that the biggest lever when it comes to the gene/environment interface and your risk of stroke is what you put in your mouth. Your food and drink can either decrease or increase your risk of stroke. Then there are toxins.

We already know that toxins can disrupt normal hormone balance and aging, so it makes sense that they may tamper with the brain/body connection and contribute to stroke. Toxins create inflammation in the body that becomes brain inflammation, putting your brain’s vasculature at risk.

Stroke risk goes up more directly when you’re exposed to lead, carbon disulfide, dioxins, aluminum, and excess alcohol.[5] When higher concentrations of carbon monoxide, sulfur dioxide, and nitrogen dioxide are in the air, rates of stroke increase. Most dangerous are the finer particulates that can reach deeper into the lungs. Continued exposure to pollution after a stroke may make a person sicker and more likely to die.[6] That’s surely not what we want.

The list goes on when we count looser ties. For decades, we’ve heard about warnings against asbestos and lead because they increase your risk of high blood pressure and, therefore, your risk of stroke. Exposure to engine exhaust, silica dust, arsenic, benzopyrenes, asbestos, and tobacco increases your risk of heart disease, which sometimes increases the risk of stroke (stroke and cardiovascular disease have the same contributing factors—like diabetes, smoking, physical inactivity, obesity, high LDL cholesterol, low HDL cholesterol, and high blood pressure). In all, toxin exposure is the one risk factor you can easily modify. [7] Are you convinced that it’s important to limit your exposure and detoxify your air?

One more toxin deserves mention: diet soda. Artificially-sweetened soft drinks are associated with a 3-fold higher risk of ischemic stroke and dementia according to a new study published in the journal Stroke. They followed 2,888 people over the age of 45 (54% women) for incident stroke and dementia. These data add to the growing body of knowledge that diet soda messes with your microbiome, contributes to weight gain, and now brain/body problems like stroke and dementia.

How Can We Limit the Effects of a Stroke?

If a stroke victim is seen in an emergency room within three hours, most often the effects of the stroke can be reversed. The tricky part is to recognize, diagnose, and treat a patient rapidly. If you or someone you love is behaving weirdly, remember the mnemonic “FAST”[8] (developed by stroke experts and emergency medical personnel in the United Kingdom in 1998 ).[9]FAST stands for the following:

Review this mnemonic and tell ten friends about FAST. I guarantee you will save at least one person from major harm.

Now it’s your turn. Do you know someone who has suffered from a stroke? Anyone younger than 60? Woman or man? Were there issues with their brain/body connection that preceded the stroke?

If you pay attention to the risk factors and warning signs, you can be one of the lucky ones who keeps your brain and body in balance and avoids a stroke. For more about brain/body health, stay tuned for more details of my new book, dropping March 5, 2019.

[3] Women have different symptoms than men, including loss of consciousness or fainting, general weakness, shortness of breath, confusion, sudden behavioral change, agitation, hallucination, nausea or vomiting, pain, seizures, and hiccups. Because our symptoms are different, diagnosis is often delayed, yet when you are the victim of a stroke, life-saving treatment must be expedited to save your life and brain, preventing cell damage and long-term deficits.