I founded a system of productivity called The Art of Less Doing, but my journey to get there started with a health crisis.

About seven years ago I was diagnosed with Crohn’s Disease. I had a pretty severe case, and was put on a lot of medication (all of which had nasty side effects). The systemic steroids were turning me into a raging lunatic, while the leukemia drugs were giving more morning sickness and hair loss.

When my doctor prescribed propecia for the hair loss, my libido completely disappeared, and I became an emotional mess. It wasn’t until one particularly bad night in the hospital that I realized I needed to do something drastic to fix things. I began a long journey of self-tracking and self-experimentation, and after 4 months was off my meds entirely.

A few months later I competed in my first triathlon, something I could never have dreamed of doing when I was so weak that a flight of stairs seemed challenging. When I started digging into hormones I found that my testosterone had nearly bottomed out and my cortisol levels were consistently through the roof. I was able to get my testosterone up to normal levels through diet and exercise, but the cortisol proved trickier. I realized that I had figured out most of the elements of my disease except for one big one: stress.

Stress was affecting my levels of inflammation, as well as my life in general. Less Doing was born of my desire to help people free up as much time as possible, so they could reclaim their minds, and do the things they want to do by optimizing, automating, and outsourcing everything in their lives to be more effective.

These are some of my top recommendations for how you can be more effective, starting today: 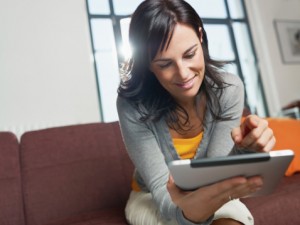 Nowadays it’s so easy to track everything we do, from the number of emails that we send each day to the calories we consume, and even the elements in our blood. When it comes to data, the less you understand the numbers, the more data you need. I’m not a data scientist but I was always of the mindset that if I collected enough data, something would pop, some correlation would show itself.  And I was right. You can identify food sensitivities, the right level of sleep for you, how sex affects your immune system, and even what time of day you tend to do your best work.

For activity tracking I like the Basis watch, I’ve also created my own food tracking solution, and InsideTracker (use code ARIMTM10512 for a discount) that lets me test my blood from home on a regular basis.

There’s too much going on in everyone’s lives. We have responsibilities, information overload, and are constantly being pulled in multiple directions. We need a way to offload our ideas and thoughts.

Evernote is one of the greatest ways to do this. It’s a free service that lets you take notes in the form of text, web clippings, photos, audio recordings and pretty much every other medium. The key is to overuse it. If there is an idea in your head, it needs to get out of your head as quickly as possible so you can maintain idea flow. Evernote will make sure everything stays safe in the cloud, and that it’s searchable, in case one of those ideas ever becomes relevant.

Outsource to a Virtual Assistant

I believe that everyone should work with a virtual assistant at some point in their life, because it is an educational process in terms of how to properly delegate. When you have to describe a task to someone you’ve never met and who has no idea the way you do things, that creates a very interesting parameter for forcing you to be as clear and concise as possible. FancyHands starts at $25 per month and gives you access to a pool of thousands of assistants who can take on your tasks 24/7. Don’t think this is limited to dinner reservations, I’ve had virtual assistants do my invoicing, deal with postal mail processing, help with obtaining a French passport, and even answering my email for me.

One of the most important changes I made to my diet was to massively increase good fat intake. From coconut oil to pastured egg yolks to grass fed butter. I found that these foods had a profound anti-inflammatory effect on my body. I was feeling good, recovering from exercise faster, and performing on a higher mental level than before. It became a way of life and now I would say my diet is at least 70% fat. I’ve never been leaner in my life nor have I ever been this resilient.

At the end of March I’ll be hosting a virtual conference with en*theos called The Art of Less Doing and More Living. I’ve interviewed more than 20 experts, including Dr. Sara Gottfried, Dave Asprey, Ben Greenfield, Dr. Frank Lipman, Chef Seamus Mullen, and many more on productivity, health, and optimizing life in every way, every day.

Also check out my upcoming book, Less Doing, More Living: Make Everything in Life Easier, which releases on April 3rd, right after the conference. You can pre-order it on Amazon now (and be sure to check out the great gifts I want to give you in thanks for your support). 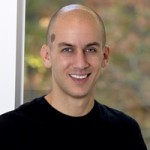 Ari Meisel
In 2006, I was diagnosed with Crohn’s disease an incurable inflammatory disease of the digestive tract. My case was severe, and required over a dozen daily medications and several hospital visits. After reaching a personal low point in hospital, I decided I would do everything in my power to strengthen my by then weakened body. Through a combination of yoga, nutrition, natural supplements and rigorous exercise (Ironman and Crossfit) I was able to fight back the symptoms of Crohn’s until I was finally able to suspend my medication. Eventually I was declared free of all traces of the ‘incurable’ disease, and competed in Ironman France in June of 2011. I have since spoken at seminars and at a regional TED Talk about my struggle against a seemingly insurmountable opponent. Through the process of data collection, self-tracking, and analysis, I develop Less Doing. This was a way of dealing with the daily stresses of life by optimizing, automating, and outsourcing all of my tasks in life and business.