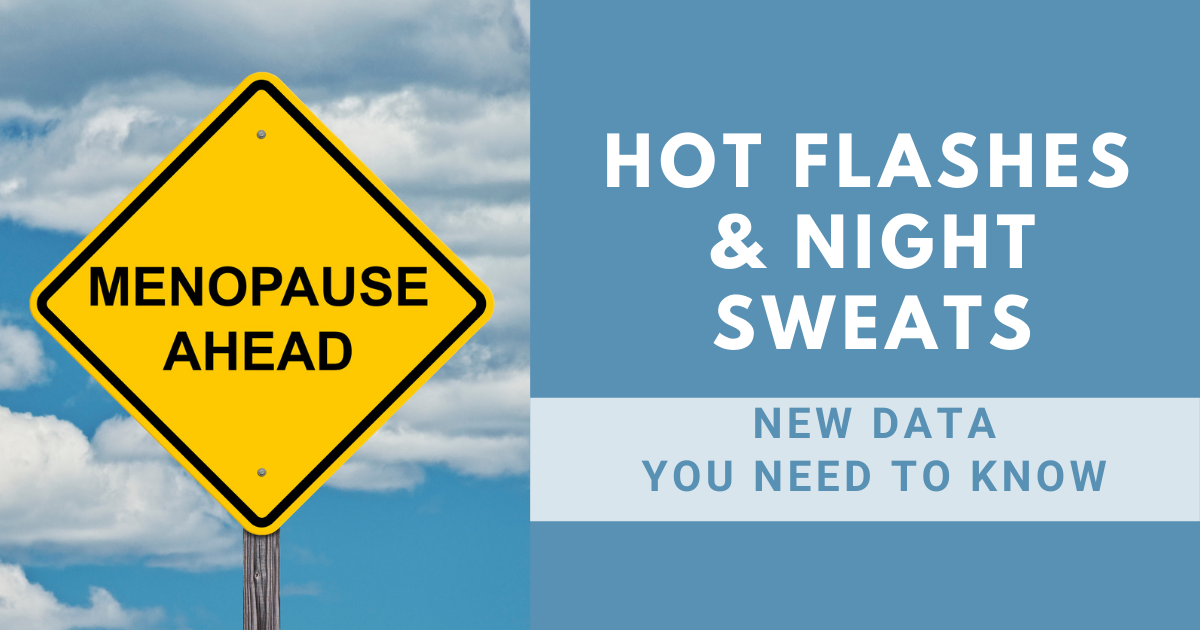 How Many Women Suffer from Vasomotor Symptoms?

Eighty percent of women experience vasomotor symptoms during perimenopause or menopause.1 They occur early in 39 percent, and late in 67 percent. Other women experience them in the years leading up to perimenopause—many of my patients have night sweats a few days to a week before their period. I experienced hot flashes when I was postpartum at age 38, and may women find that the postpartum period is a preview of coming attractions in perimenopause and menopause. Vasomotor symptoms are associated with sleep disturbance, depressed mood, and overall decline in physical, social, and emotional quality.2 We all knew that already.

Now we realize that vasomotor symptoms are associated with other important indicators, including cardiovascular disease (CVD) risk, such as an adverse CVD risk factor profile, greater subclinical CVD and, in emerging work, CVD events.3 In the Study of Women’s Health Across the Nation (SWAN), frequent hot flashes were associated with higher tissue plasminogen activator antigen and higher factor VIIc in multivariable models. Findings persisted after adjusting for estradiol levels.4

Importantly, not all races suffer equally. Black women experience the longest duration of vasomotor symptoms at 10.1 year, followed by Latinx women at 6.5 years. The shortest duration is seen in Chinese and Japanese women.5

Learn more in this short 2-minute video that I shot for you on vasomotor symptoms.

What You Need to Know about Vasomotor Symptoms

The Crucial Window of the Perimenopause to Menopause Transition

I agree with Wen Shen M.D., Clinical Assistant Professor at Johns Hopkins University, who reported this week at the North American Menopause Society meeting that the perimenopause and menopause transition is a crucial window of opportunity to identify and prevent chronic disease. She shared that globally, 1.2 billion women will be in menopause in 2030, and the rate of increase is 47 million per year. We need more funding and research on the experience of women through the transition and how we can reduce risk with precision medicine.

One of the most effective treatments for vasomotor symptoms is bioidentical hormone therapy, at the lowest dose and for the shortest duration. If you want to learn more about whether hormone therapy is right for you, or you want to become a precision medicine patient and learn science-based ways to navigate perimenopause and menopause, go to SaraGottfriedMD.com/patient to register for the grand reopening of my practice to new patients.