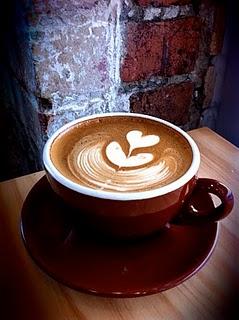 What is your most irrational fear? As you titrate with us off caffeine, gluten, dairy, alcohol and sugar, what are you most afraid will happen? Let’s start with caffeine.

Today is D#1 of the Gottfried Cleanse, and I’m kicking caffeine – or at least I’m starting the process. Why is it so hard to decaffeinate? What’s stuck and repetitive in my thinking about caffeine and what it does for me? Are you similarly addicted? What are the reasons? Better energy? Better concentration? More creative? More on your game?

Many of my patients look at me blankly when I suggest they detox off caffeine. A doctor has never told them to decaffeinate before – and that may have something to do with the fact that 90% of doctors are addicted to caffeine. Yet the same patients tell me they’re exhausted, they don’t get restorative sleep, they’re sleep is disrupted with awakenings at 1am or 2am or 3am or 4am or all of the above, they have a hard time winding down, they’re “wired but tired.” We check their labs and cortisol is too high after their cup of Peet’s, and there’s a muffin top emerging in their mid-section. They have blood sugar instability, and get irritable unless they eat frequently. Even worse, caffeine increases inflammation, which is the final common pathway for many bad things from bad aging to cancer.

All related to caffeine. Kick the habit with me, slowly over the next 7 days. Substitute real sources of energy rather than fake sources. Exercise in the morning instead of your cuppa Joe. Meditate. Take maca capsules or add maca powder to your smoothie. Check your adrenal function.

“But I only drink decaf!” is another common refrain in my practice. I drink decaf too, well Blue Bottle Decaf Noir to be precise. It has a fair amount of caffeine (usually 1-3% to comply with international standards), and the process for decaffeinating is not exactly good for you. Here’s that chemical process as described by Wikipedia:

In the case of coffee, various methods can be used. The process is usually performed on unroasted (green) beans, and starts with steaming of the beans. They are then rinsed with a solvent that extracts the caffeine while leaving the other essential chemicals in the coffee beans. The process is repeated anywhere from 8 to 12 times until it meets either the international standard of having removed 97% of the caffeine in the beans or the EU standard of having the beans 99.9% caffeine-free by mass. Coffee contains over 400 chemicals important to the taste and aroma of the final drink: it is therefore challenging to remove only caffeine while leaving the other chemicals at their original concentrations.

I’ve taken a fair amount of chemistry and biochemistry courses, and I can tell you that “solvent” is almost never a good thing.

I’m taking my Detoxification Support Packets, which really helps the liver with getting off caffeine with minimal side effects. For more on the two phases of detoxification and how the packets help and to order click here.

I love saunas for sweating away toxins, but here a

There were several questions the other day about d

One of the main ways your body gets rid of toxins

Detox. There are those that say detoxification is

All About the Brain!. How does your brain talk to