“I wanted to do it alone,” a client told me. “I didn’t want anyone else around. Minutes after I began, I felt this rush of euphoria and I couldn’t stop. Then came the inevitable crash, where I wanted to curl up in the fetal position watching ‘Friends’ reruns.”

If you’re concerned my client had a drug addiction, you’re not far off.

Sugar had become her drug of choice, and constantly grazing on even so-called healthy hidden-sugar foods had trained her body to demand it constantly.

“Being addicted to sugar and flour is not an emotional eating disorder,” says Dr. Mark Hyman, author of The Blood Sugar Solution 10-Day Detox Diet. “It’s a biological disorder, driven by hormones and neurotransmitters that fuel sugar and carb cravings — leading to uncontrolled overeating. It’s the reason nearly 70 percent of Americans and 40 percent of kids are overweight.”

You might find it hard to believe a bag of chips or chocolate bar could create such catastrophe, but those and other processed foods send a rush of sugar that alerts your brain’s reward center to release feel-good neurotransmitters like serotonin, dopamine, and beta endorphin.

These endorphins respond to dietary triggers. When you eat a fatty, sugary food – say, a chocolate chip cookie – they really come out to party. The endorphin surge gives you intense pleasure and blocks pain, the same as if you had just injected heroin.

Considering the average American eats 22 teaspoons of added sugar, largely from processed foods and fizzy drinks, those several daily feel-good surges can become quite a habit.

Outlandish as those claims might seem, studies verify them. One published in the journal NeuroReport argues that “palatable food stimulates neural systems implicated in drug dependence.” Another study published in the journal Archives of General Psychology found a food addict’s brain operates similarly to a drug addict when they think about eating sugary, fatty foods.

One study published in The American Journal of Clinical Nutrition found high-sugar impact foods trigger the nucleus accumbens, your brain region that controls reward and craving. Researchers noted this domino addictive pattern plays a “special significance to eating behavior at the next meal.”

“His meta-analysis of the cutting-edge research on large-cohort studies of what sugar does to populations across the world, alongside his own clinical observations, has him credited with starting the war on sugar,” writes Zoe William in The Guardian. “When it reaches the enemy status of tobacco, it will be because of Lustig.”

Other hormones become disrupted too, but you get the domino-effect point. From that hormonal havoc, you can begin to understand how sugar addiction occurs.

With the right strategies, you can free yourself even if you’ve been an addict for years or decades.

Freeing Yourself from Sugar Addiction

The good news is with the right strategies, you can break your sugar addiction in just weeks. Eventually, you begin to crave these foods rather than a big piece of peanut butter chocolate pie. You might not believe me if you’re a current sugar junkie, but I’ve witnessed former addicts crave the natural sweetness of berries, vanilla, and roasted almonds.

Sugar could be holding you hostage in ways you’re not even aware. Bottled drinks, vinaigrette dressings, and glazed meats are among the many “sneaky sugars” that add up around your waistline.

You needn’t surrender all these foods cold turkey. In fact, I’d rather you didn’t. In my new book The Sugar Impact Diet, I’ll show you a cutting-edge, withdrawal-free way to gradually taper off sugar so you never feel deprived.

The biggest step to conquer sugar addiction is with your fork. Pile on the clean, lean protein, stock your fridge with fresh veggies and hummus, and keep nuts and seeds at the ready on your countertop. They’ll keep your serotonin levels even and will help keep your amped-up food-reward cycle in check. A steady supply of sugar to the brain from slow carbs actually helps your mental clarity and focus.

As your taste buds come alive again, you’ll learn to appreciate spicy and savory foods like Cajun spices, salsas, garlic, and onions. You’ll ratchet up the flavor in your foods until you can appreciate the way they burst!

As a sugar addict, you may not even realize that your diet is bland. Not only because you’re eating one-dimensional high-sugar impact foods, but because you’ve also lost your ability to truly taste.

Once people become sugar detectives, they become amazed at how sneaky added sugars can become. What’s one food you once thought healthy that you actually learned contained hidden sugar? Share your thoughts on Dr. Sara’s Facebook page. 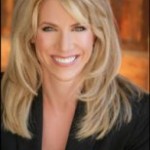 JJ Virgin is one of the nation’s foremost fitness and nutrition experts, an accomplished public speaker and media personality. Her 25 years in the health and fitness industry, the past 10 in holistic nutrition and functional medicine, have earned JJ recognition as the go-to weight loss expert who can unlock the door to lifelong weight management through her sensible, no-fail approach to nutrition and fitness.

JJ is author of NY Times bestseller The Virgin Diet: Drop 7 Foods, Lose 7 Pounds, Just 7 Days. The Virgin Diet has also been a bestseller in The Wall Street Journal, USA Today, the Chicago Tribune, and numerous other media outlets. JJ is also the author of Six Weeks to Sleeveless and Sexy, published by Simon & Schuster Gallery, and co-starred on the TLC reality series, “Freaky Eaters”.

Supplements to clear your head. 🟪Leaky gut and